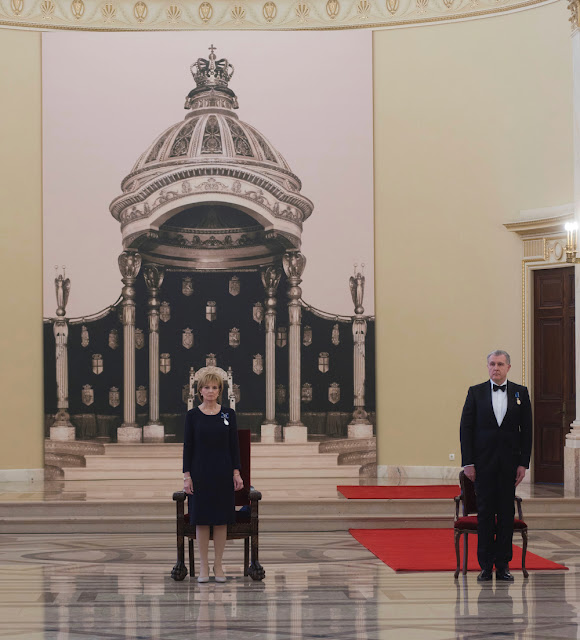 HM Margareta, Custodian of the Crown,  honored Romanian royal biographer and historian Diana Mandache as a Dame of the Order of the Romanian Crown.

Diana was one of 16 people who were honored at the ceremony earlier today.  Every year, on the eve of Her Majesty's birthday,  institutions, organizations, and personalities from Romania, the Republic of Moldova, and abroad are honored in the Throne Room of the Royal Palace in Bucharest. 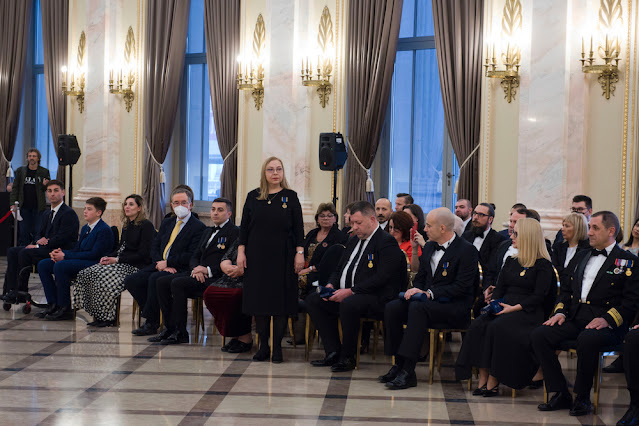 Diana's most recent book is a Romanian-language biography on Princess Ileana, Ileana, Principesa României.
Later this year Ted Rosvall will publish My Dear Mama, the second volume of letters between Queen Marie and her mother, Grand Duchess Maria Alexandrovna of Coburg

Many congratulations to Diana on her honor!