Duchess Donata of Oldenburg is dead at 65 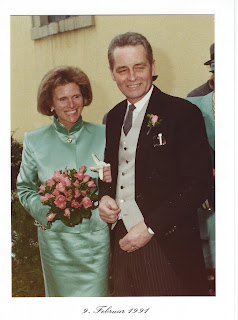 Duchess Donata of Oldenburg died on Saturday in a hospital in Traunstein after a long and difficult illness. She was 65 years old.

Donata Emma was the third child of the late Sigfried Prince of Castell-Rüdenhausen ad Countess Irene of Solms-Laubach.

The couple were married on May 24, 1975.  Donata gave birth to a son, Prince Georg Friedrich Ferdinand, on June 10, 1976.   She was expecting a second child when Prince Louis Ferdinand died in an accident while on military maneuvers in November 1977.   Princess Cornelie-Cecilie was born on January 30, 1978.

Prince Georg Friedrich succeeded his grandfather as head of the house in 1990.